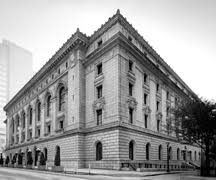 The Eleventh Circuit is going to Hollywood. Sort of. Remember that conspiracy case about the McDonald’s Monopoly game? The hub-and-spoke rule? An insider stole game pieces and defrauded McDonald’s of $24 million? It was USA v. Chandler, 388 F.3d 796 (11th Cir. 2004). A Daily Beast reporter recently wrote a feature on the wild tale. And Fox Studios bought the rights to the story. Ben Affleck will direct the film and Matt Damon will star as the McDonald’s insider. Not sure who will play Judge Hill and Judge Dubina.

One month ago, the United States Senate confirmed Judge Britt Grant to the Eleventh Circuit. You will find a report in the AJC here. And in the Fulton County Daily Report here. Judge Grant was sworn in by her former boss, Judge Brett Kavanaugh. Of the twelve active judges on the Eleventh Circuit, President Trump has nominated three. Or twenty-five percent.

On to a handful of recent cases.

Can a painted flag “fly”? A federal court has jurisdiction over “vessels without nationality” in international waters. A vessel may claim nationality in several ways, including “flying its nation’s ensign or flag.” Here the U.S. Coast Guard stopped a go-fast vessel off the coast of Guatemala. The ship had a Colombian (or maybe the Ecuadorian) flag painted on the hull. The Coast Guard boarded the vessel and arrested the crew members for drug crimes. Did the display of the painted flag qualified as “flying” it? After consulting Scalia & Garner, Webster’s, the OED, a maritime treatise on nationality, Navy handbooks on flags and pennants, social usage and protocol, a civilian guide on flag etiquette, federal statutes on the display of flags, two dictionaries of idioms, and boring old case law, the Eleventh Circuit concluded in United States v. Obanda that a painted flag simply does not “fly” within the meaning of the statute. Practice tip: fly ’em if you got ’em.

Imagine a fellow frequently ships boxes of marijuana to his brother’s house. And he visits the house almost everyday, plays video games, listens to music, hangs out with friends, sleeps over, and keeps personal possessions. And even though the guy does not have a house key, he borrows his brother’s key or asks the brother to leave the door unlocked. One day, agents make a controlled delivery of the drugs (the fellow signs for the package) and execute a search warrant. In the district court, does the fellow have standing to challenge the search? No, says the Eleventh Circuit in United States v. Campbell. Campbell neither owns nor leases the house, true, but this alone is not the end of the story. A houseguest may have standing in some cases, but not this one. Campbell lacked standing because he used the house principally for trafficking marijuana, rather than for a personal, non-commercial purpose.

Ignorance of the law is no excuse for breaking it. Unless, that is, your conduct fits within a hyper-technical statute that “presents the danger of ensnaring the unwary.” In United States v. Man, the government convicted a woman of conspiring to sell American military aircraft engines, a military drone, and technical data to China, all without a license. But what if Man knew nothing of the federal Arms Control Export Act? What if she did not know she had to have a license to sell this equipment? Government: Man is guilty because she was generally aware that her actions were unlawful, even if she does not know of the licensing law. Eleventh Circuit: Nope. With this complex, technical statute, the government must prove that a defendant “actually knew that it was unlawful to export the items” and “intentionally violated the known legal duty not to import them.” That is the good news for Man. The bad news? She knew about the license requirement after all, and chose to export the equipment anyway. Her conviction stands.

Wait, what was that about ignorance of the law is no excuse? In United States v. Noel, the defendant, a Haitian, took an American citizen hostage. In Haiti. And he did not know his victim was American. On appeal, Noel said this lack of knowledge meant he could not be found guilty in an American court of hostage-taking under 18 U.S.C. § 1203. Too bad, said the Eleventh Circuit. The law’s requirement that a victim be American is purely jurisdictional, so a defendant’s knowledge matters not. Plus there is no due process violation here because Congress had the power to enact § 1203, the statute expressly applies to offenses outside of the United States, and both the United States and Haiti signed a treaty condemning hostage-taking.

Finally, some good news. Geovanys Guevara has a taste for the finer things in life: Porsche, Ferrari, Lamborghini, and Rolls Royce. But while he loves cars worth as much as an Ivy League education, Guevara does not like paying taxes. So when he buys his luxury cars, he brings along a friend to be the straw title holder. Why? Guevara does not want to sign the mandatory federal forms reporting the many payments of more than $10,000. A jury convicts Guevara of the federal crime of structuring his transactions to evade the reporting requirement. The district court later enhances the sentence by two levels for obstruction of justice. Problem No. 1: The court does not explain why. Problem No. 2: The court seems to rely only on Guevara’s crime; his initial denials to IRS agents, which he promptly recanted; and his pre-crime false tax returns. But the use of deception to commit a crime is not itself obstruction of justice. More is required. The district court must point to a willful attempt to obstruct the administration of justice. And when a defendant lies to agents, that counts only when the lie significantly hinders the investigation or prosecution of the crime, which did not happen here. The Eleventh Circuit vacates the sentence and remands for a do-over on obstruction.