Our local war correspondent (Dennis C. O’Brien) has sent in this report from the front lines.  The byline: A magistrate’s courtroom inside the Russell Building.  Dennis offers a sparkling review of the Federal Defender Program’s own Suzanne Hashimi, a review he entitled “A Christmas Story.” Thank you, Dennis!  The tale follows: 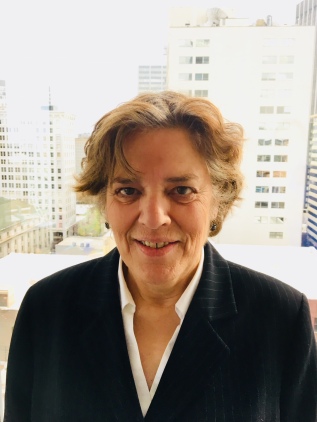 Thanks to a marvelous effort by Suzanne Hashimi in one magistrate judge’s court, Christmas came early for Suzanne’s client, A.M.  It seems A.M. accompanied his father, Pedro, in a family truck to deliver produce from Texas to Atlanta.  Along the way, they stopped at a way station in Texas nd took on a load of truck batteries which turned out to be inoperable.  No wonder: each was hollowed out and loaded with 5 kilograms of pure methamphetamine. Unknown to the men, one of the Atlanta customers was under surveillance by the feds and was followed to the “drop zone,” where the sale of the batteries began.  After the sale, A.M. and Dad headed down the highway with the remaining batteries and a new bundle of cabbage.  Well, you know the rest: Georgia State Patrol, on a “tip” from the feds,  ginned up a traffic violation per Whren, pulled over our heroes and obtained “consent” to search.  Both men were arrested and questioned.  Dad spilled the beans and, obviously unaware of the guidelines implications, admitted to other such trips.  To Dad’s credit, though, he did not implicate A.M.  During Suzanne’s probable cause hearing, the son’s position was this: he lacked knowledge of Dad’s side (drug) business.  Despite considerable circumstantial evidence of involvement, Suzanne refused to concede A.M.’s knowing participation. Suzanne didn’t come to the hearing, as most of us do, simply to mine for information about the case.  She was up on the facts and the law and brought her “A” game to this Christmas party.  She two-stepped, twisted, tangoed and waltzed the AUSA and agent (both males) around the courtroom to Tchaikovsky’s Nutcracker Suite until the music stopped. After totally dismantling the government’s case against A.M., the magistrate judge agreed with Suzanne and cut loose the client: “No probable cause.”  It was indeed a virtuoso performance by a real pro and resulted in A.M.’s freedom, the best holiday gift imaginable.  I owe Suzanne tuition for the lesson she taught on being prepared and never giving up when a client’s liberty is at risk.  Congrats, Suzanne.  You deserve it!