FBI agents can be a diligent bunch.  Well, except when they’re not, like the FBI supervisor who invited a woman up to his Charlotte hotel room.  But can FBI agents be too diligent?  Too conscientious?  In United States v. Williams, a group of gung-ho agents acquired an arrest warrant for Williams, and headed to his home early one morning.  The agents arrived and rushed into the home just before six o’clock in the morning.  Wait a minute.  What about Rule 41 of the Federal Rules of Criminal Procedure, a rule which says agents must execute warrants only between six o’clock in the morning and ten o’clock at night?  Did the agents bust through Williams’s door too early?  No, says the panel.  The federal rules may have time limits, but the Constitution does not, at least not under these facts.  Meanwhile, in executing an arrest warrant, may agents simultaneously burst into both Williams’ ranch-style home and an outbuilding on the same property (a building where they do not find Williams, but spy in plain view tools of the drug trade)?  Yes, for two reasons.  The agents may reasonably presume that a suspect lives in either the main house or an outbuilding which, like Williams’s guest house, appears to be habitable.  And even if the outbuilding does not look like someone lives there, agents may perform a Maryland v. Buie protective sweep to make sure no one’s hiding there.

I adore the world of Harry Potter.  Truly.  But I have never understood the sport of Quidditch.  Well, I mean that I am skeptical of the game’s rules.  The purpose of the game is to score more points than the other team by throwing a ball through a series of metal rings at the far end of the field.  A team receives ten points for each goal. This is harder than it seems (the players must do this on flying brooms while opponents try to knock them from the sky).  The game ends when a Golden Snitch suddenly appears and zips around the pitch.  Each team’s chaser then competes to grab the snitch first.  The team who captures the snitch earns a stunning 150 points and the game ends immediately.  Gryffindor may fall 100 points behind Slytherin, but none of that matters if Harry Potter captures the snitch.  The moral of the game: Catch the snitch and all your sins are forgiven.  Ladies and gentleman, I give you the harmless error rule.  In United States v. Green, the Eleventh Circuit agrees that the district court made two significant, and seemingly important errors during Green’s trial.  First, in this § 922(g) (felon-in-possession of a firearm and ammunition) case, Green stipulated that he was a 12-time convicted felon, per Old Chief, and the court redacted those convictions from the indictment.  But the court refused to change the word “crimes” to “crime” in the indictment: “For each of these crimes, Green was subject to punishment by a term of imprisonment exceeding one year.”  The panel rebuked the court for using the plural form of the word, for it takes only one prior felony to violate § 922(g).  Second, the district court erred by allowing the government to prove Green’s prior bad act (a past possession of ammunition) under Rule 404(b) simply by admitting state court documents of Green’s nolo contendre plea. The nolo plea alone does not prove that Green committed that past crime; the district court should have required the government to prove that past crime through evidence beyond the nolo plea alone.  So, that sounds like Green is ahead on the scoreboard, right?  Alas, the panel released the Golden Snitch, the harmless error rule, and the government snatched victory from the jaws of defeat.

The Eleventh Circuit’s decision in Beeman v. United States seems at first blush like an inside-baseball peek into the wonky world of § 2255 motions.  But the opinion exposes a more universal rift on the court, a rift between those judges who elevate judicial economy over fundamental rights, and those who do not.  With this opinion, the panel locked the § 2255 courthouse door to ACCA defendants far and wide.  The issue is this: When a defendant files a Johnson-based § 2255 motion, and challenges his harsh ACCA sentence on the ground that the district court at a long-ago sentencing hearing used the now-forbidden residual clause, how must he prove his case?  What shall he do when the district court, like nearly all district courts prior to Johnson, did not say whether it relied upon the residual clause or any other ACCA clause?  In Beeman, the record at sentencing was silent, that is, the record did not show which of the ACCA’s various clauses led the court to place a Georgia aggravated assault conviction on Beeman’s roster of ACCA predicates.  In order to prove that the court must have used the residual, may Beeman show evidence that his aggravated assault conviction does not, and did not, qualify under the non-residual clauses, including the elements clause?  And to do that, may he rely on case law, like Descamps v. United States, that arrived on the scene since the long-ago sentencing hearing?  No, said the panel’s majority (Judges Julie Carnes and Edmondson).  Unless the district court utters the magic words “residual clause,” or unless Eleventh Circuit law held at the time that a predicate counted only under the residual clause, but no other, a Johnson motion must fail.  Judge Kathleen Williams, sitting by designation, penned a marvelous dissent.  Although the majority opinion erected a high barricade between nearly all Johnson litigants and the courthouse door, that barricade may not stand forever.  Beeman’s counsel at the Federal Defender Program has filed a petition for rehearing en banc.  Fingers crossed.

The scene of Pittman v. Secretary is a capital murder trial in rural Florida.  In the middle of Pittman’s trial, a death row inmate named Hodges sends the prosecutor a letter.  In that letter, Hodges reports that his own step-son, Watson, confessed in a letter of his own that he, not Pittman, had committed the murder.  Yet Hodges lost, he says, Watson’s letter.  Does Pittman’s constitutional right to present a meaningful defense allow him to present Watson’s confession, through Hodges, to the jury?  No.  The Eleventh Circuit upheld the trial court’s exclusion.  This case is a far cry from the beloved example of Chambers v. Mississippi, says the panel, because here the non-party “confession” is neither trustworthy nor reliable: Hodges had a strong motive to lie about Watson because the step-son’s testimony helped land Hodges on death row, and Watson’s letter did not even exist.  Although no AEDPA loss in the Eleventh Circuit is ever a shock, and the impact of this case may be dampened by these unusual facts, the panel’s cold shoulder toward Pittman’s strong innocence claim is, um, troubling.

Alexander Graham Bell once wrote:  “When one door closes, another opens.”  I guess Bell never visited a prison.  But our appeals court, while it closed one door on many § 2255 hopefuls in Beeman, opened another later that week.  Chief Judge Ed Carnes wrote a robust defense of a prisoner’s right to press his § 2255 claim through an evidentiary hearing.  In Griffith v. United States, the defendant was convicted of manufacturing “50 grams of more of a mixture or substance containing” methamphetamine.  The drug amount triggered a ten-year mandatory minimum and a yet higher guideline range.  The government’s drug evidence included a handful of bottles filled with liquids and powder.  The substances weighed, in total, more than 50 grams.  At trial, Griffith’s lawyer made little effort to challenge this evidence.  In his pro se § 2255 motion, Griffith challenged the evidence on the drug amount.  He penned an affidavit in which he described his own laboratory process of making methamphetamine.  (Eek!).  He showed, through science, that the entire batch of substances included no more than 2.4 grams of methamphetamine and that most of the liquid was unusable, toxic waste.  The law in our circuit says that although “mixture and substance” includes “the entire weight of drug mixtures which are usable in the chain of distribution,” a court must not include “unusable parts” and “waste products” in the total weight.  Defense counsel here screwed up when he failed to properly confront the government’s evidence and argue this helpful case law.  A evidentiary hearing is required when a defendant alleges specific facts which, if true, would entitle him to relief.  Griffith did exactly that.  Bravo to him and to his marvelous high school chemistry teacher. 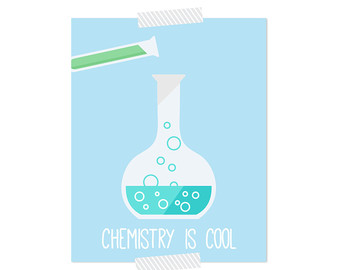 For the second time this year, the Eleventh Circuit has vacated a sentence because the district court failed to let a defendant speak at his sentencing hearing.  In United States v. George, the district court imposed a sentence without inviting the defendant’s allocution, then merely asked a general question of counsel: “Anything further from either side?”  This violated Rule 32, which provides that “[b]efore imposing sentence, the court . . . must address the defendant personally in order to permit the defendant to speak or present any information to mitigate the sentence.”  Although George did not object in the district court, this was plain error.  Indeed, says the panel, 80 percent (!) of district judges reported in a recent survey that allocution is at least “somewhat important.”  Prejudice must be presumed unless the court’s sentence was at the mandatory minimum.  And here it was not.